After the trip to Bermuda in 1963, I returned home and had my second child. Then in the summer of 1964, I made another solo trip to meet my husband's ship. He was a pilot and flew S2Fs (antisubmarine planes) off the aircraft carrier Intrepid 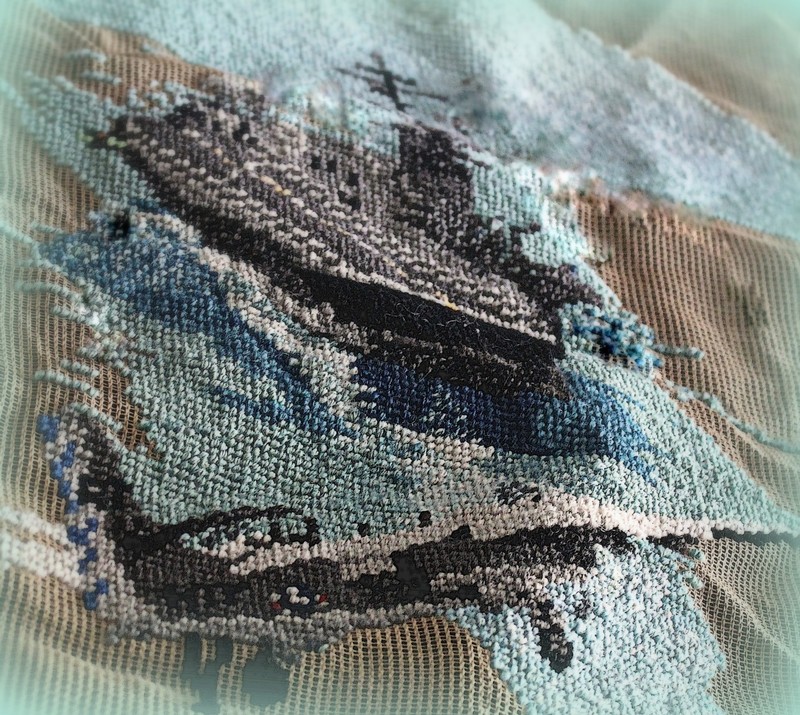 Partly done needlpoint of a plane landing on a carrier 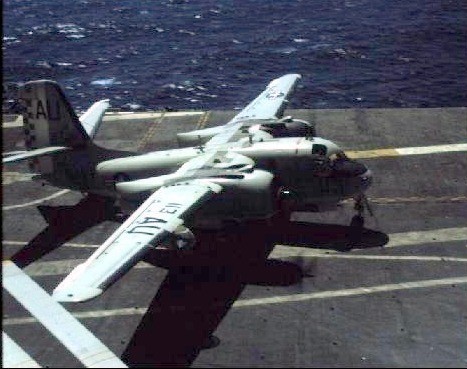 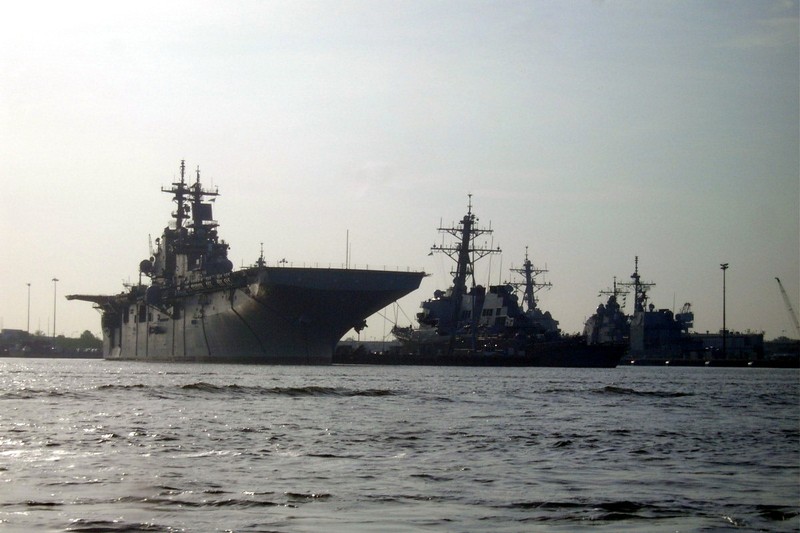 Between 3rd and 5th of September – arrive home in Norfolk. 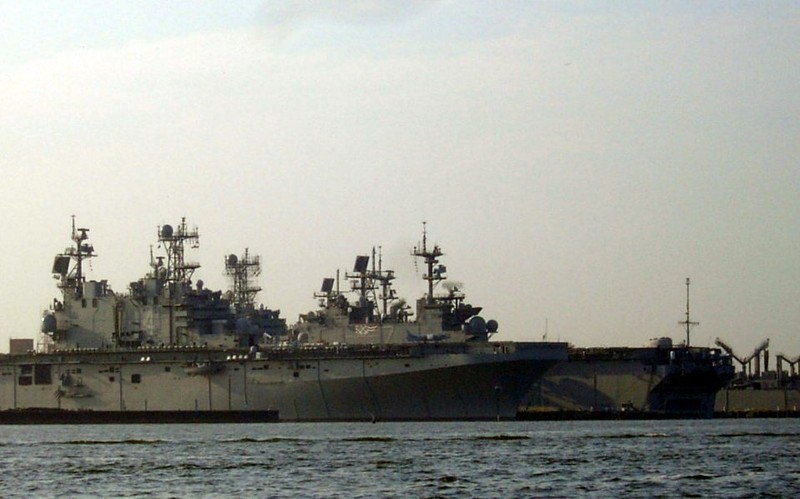 However this schedule was not kept – I think they skipped Cannes and were in Nice instead, and then they went to Cannes after the July visit to Naples. And they went to Marseilles instead of Toulon.

I was to meet him in Valencia at the end of July, and Toulon and Naples in August.

I stayed in six hotels on this trip. I found the ones in Madrid, Lisbon and Granada. I do not know the name of the hotel in Valencia. The hotel in Naples does not appear to exist anymore, and the site in Marseilles is no longer a hotel

Getting to Germany was a protracted trip. Early in the morning of the 14th, I packed up my children in Norfolk and drove three hours to Baltimore. There, I left my two children with my mom. My oldest daughter was almost 3 and my baby was 10 months old when I left the US. I wrote postcards throughout the trip to my three year old daughter. 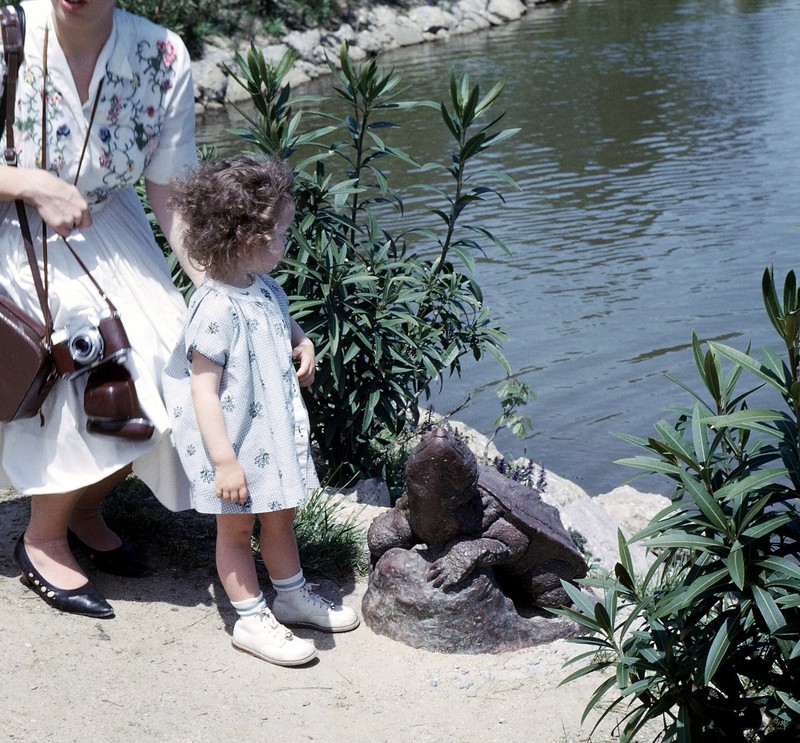 Me holding the camera I used and my oldest in 1964

From Baltimore I took a train to Philadelphia (a couple of hours) to meet the German Society group.

The group had a chartered bus which went to New York (another couple of hours), where we took a plane. This is what I wrote about it to my mom with also the postcards I wrote to my children. My mother retyped the letters (and added comments) to send to various family members (including my husband)

The car I boarded [in Baltimore] was a smoker, so I moved forward and this car is air-conditioned and is “No Smoking”. There was a little red headed boy here but his mother called him back to her so now I have a seat to myself. I bought a carton of milk to drink with my lunch, which is delicious (the lunch, the milk was Sealtest). Daddy’s sandwiches would have cost 85 cents to buy. I ate the pickles and the lettuce too, but I am saving the apple and cake for later.

We just stopped in Wilmington and I get off in about 15 more minutes. Excuse my writing as the train is very wiggly.

Now I’m on the bus which doesn’t sway as much but bounces. 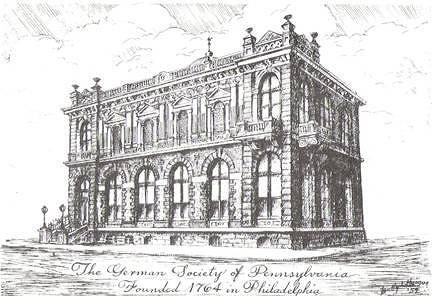 The taxi fare from the bus to the German Society headquarters was only $1.25. It was 85 deg. F when I arrived and there was a Boy Scout Jamboree. One of the buses for the Jamboree had broken down and there were 3 men pushing it. They were having a hard time.

The Greyhound driver doesn’t know Philadelphia or the way to the airport. I wanted to sit in front, and the Pastor is beside me to direct the driver. He is going to visit his 90 year old mother for the first time in 34 years. His wife is already over there. There are several couples, older ladies, a high school teacher and his class and a few families. There are a few women traveling with young children – their husbands saw them off.

I met an old lady at the rest stop who speaks five languages and has traveled a great deal. She didn’t know she was leaving until 10 days ago. The Pastor said he had invited her up to his house in Canada and he was taking boulders out of the lake and she went to join him.

The bus driver is following the travel agent’s blue VW to the airport and his wife is giving out tickets. It is flight 403 leaving NY for Cologne at 1900.

On the way out the turnpike, we saw the Worlds Fair. Went through it in fact. I didn’t take any pictures. [I had been the previous year.]

No stationary provided, only a burp bag. We are now aloft and it is much smoother than the bus, train or taxi. I am on the aisle which is just as well as I can now get out. It has been hot, but the cabin is cooling off. The pilot just told us to change our watches from 2003 to 0103 so we would be on Cologne time.

We have been handed our menus and maybe we will get dinner now. We are having filet mignon, which is the same name in all languages. Now they are coming through with the drinks cart, and before that they came through with the newspaper cart.

There is a lady with this group with a 17 month old baby which she says weighs 32 lbs. She also has one 12 and one 2.5, but their fares would have been so much that she left them home.

Have you received the travel insurance policy that I bought? If anything happens to me, you are supposed to institute proceedings, they told me. [in those days, it was common to buy an insurance policy so your family would have money if the plane crashed]

Well that was a short night, but I did sleep and fairly soundly. We have had our orange juice and wash cloths and I have been to the WC and have asked twice for writing paper but no luck yet. [My mom commented that she was glad she had provided me with paper.]

Mr. W said to tell Mrs. S (the secretary to the German Society of MD) that he took good care of me — slept next to me all night!!. The sunset and sunrise are both on my side of the plane. Next to me are a mother and her 11 year old daughter Scarlett. The mother is a Berliner and went to medical school for three semesters. Her husband was in the AF and in NATO in Paris for two years and then in TX. He is out of the AF now. They are going to visit her mother in Berlin.

This was a charter flight by the German Society for the same price for 5 weeks as it would normally be for three weeks.

There is another toddler besides the one I mentioned and a tiny baby and a blind woman. The plane is full up.

It is now 0530 — 1.5 hours from Cologne and we are south of Shannon. The sun has just come up. Breakfast is coming. We had no smoking over here because it bothers Scarlett, but Mrs. W. chain smoked all night. She doesn’t look well to me. I think flying makes her nervous. This has been a very smooth flight.

We are now over Lisbon. The clouds are so thick we can’t see much.

Posted by greatgrandmaR 11:26 Archived in USA

Next Table of contents

How great that you still have the letters you wrote home from this trip! It seems so odd now to talk about people smoking in planes but of course it used to be commonplace. I used to hate sitting towards the back as the smoke always drifted forwards from the back section where it was permitted.

My mother saved everything.
I took five 4-drawer file cabinets worth of files from her house after she died.

Comments on this blog entry are now closed to non-Travellerspoint members. You can still leave a comment if you are a member of Travellerspoint.

If you aren't a member of Travellerspoint yet, you can join for free.